Sixth class are making their Confirmation in the Dominican College on Tuesday March 19th at 2.30pm. The choir have been asked to sing with sixth class to help them celebrate this special occasion. Please practice the following songs;

Congratulations to all choir members who attended Peace Proms on Saturday 2nd February. The children represented the school impeccably. They were a credit to us and to themselves. It was certainly a night they will never forget. Well done to them all for the commitment they showed in the lead up to the concert.
The Choir Committee.

The school choir are currently practising and rehearsing for the 2019 Peace Proms in the RDS on Saturday 2nd February at 8pm. Please practice the songs and dance moves as much as possible, at home. The choir are doing a fantastic job!

I Sing Out Peace, You're the Voice to follow.

The children in the choir represented Scoil na Naomh Uilig so well in the National Sports Arena in Blanchardstown on December 13th. They sang so well and were extremely well behaved. Well done to everyone involved!

​On Monday, 4th December our school choir and music group performed and recorded three songs to be aired on KFM in the lead up to Christmas. The children sang and played "Love Shone Down", "Together We Are One" and a Christmas Medley and each and every child sang and played beautifully. They were a credit to the school. Well done! We look forward to hearing the choir on KFM (97.6) on Saturday, 16th December and on Christmas morning from 9am-11am.
The second round of KFM broadcasts commence from 8.45am this Saturday morning, December 16th

Please note all broadcast times, will be at a Quarter To the hour, between 8.45am and 6.45pm, but could be a few minutes either way to reflect broadcast schedule. 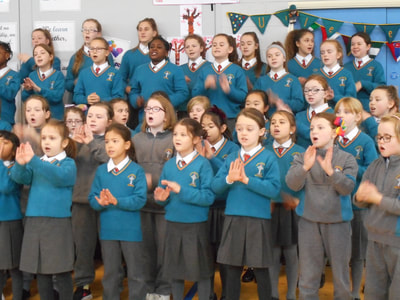 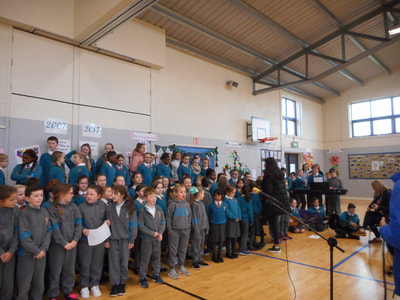 ​On Saturday, 4th February our school choir of 46 boys and girls travelled to the RDS to perform at the annual Peace Proms Concert, alongside 2000 other children and the amazing Cross Border Orchestra of Ireland. The children performed favourites like Heal the World, Together we are One, Best Day of My Life and a collection of medleys in front of a huge audience. The concert was fantastic, the singing was terrific and the children represented Scoil na Naomh Uilig brilliantly. Well done to all of the children involved, to the teachers and SNA staff who prepared the choir for this special event and to the parents for their support and encouragement. 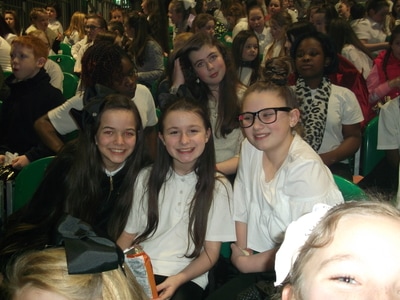 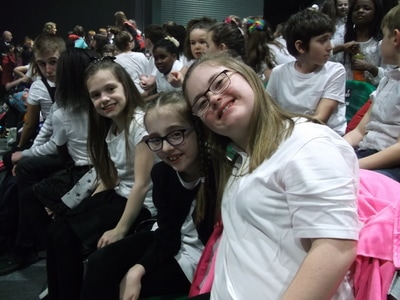 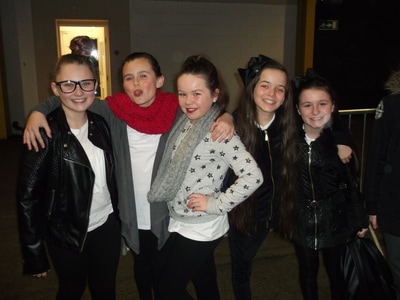 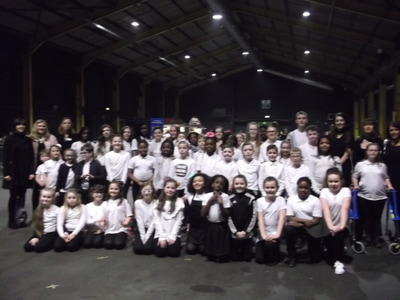 A rehearsal for the Peace Proms took place on Monday 16th of January. A lot of schools took part in this rehearsal...as you can see by the picture! And this was only half of the children who will be taking part in the Peace Proms on the 4th Feb in the RDS.
The children who went to this practise representing Scoil na Naomh Uilig loved the experience and were so excited to be part of this huge singing group!
Can you spot our uniforms?

We wish the boys and girls the best of luck on the 4th of Feb. We know you will do Scoil na Naomh Uilig proud! 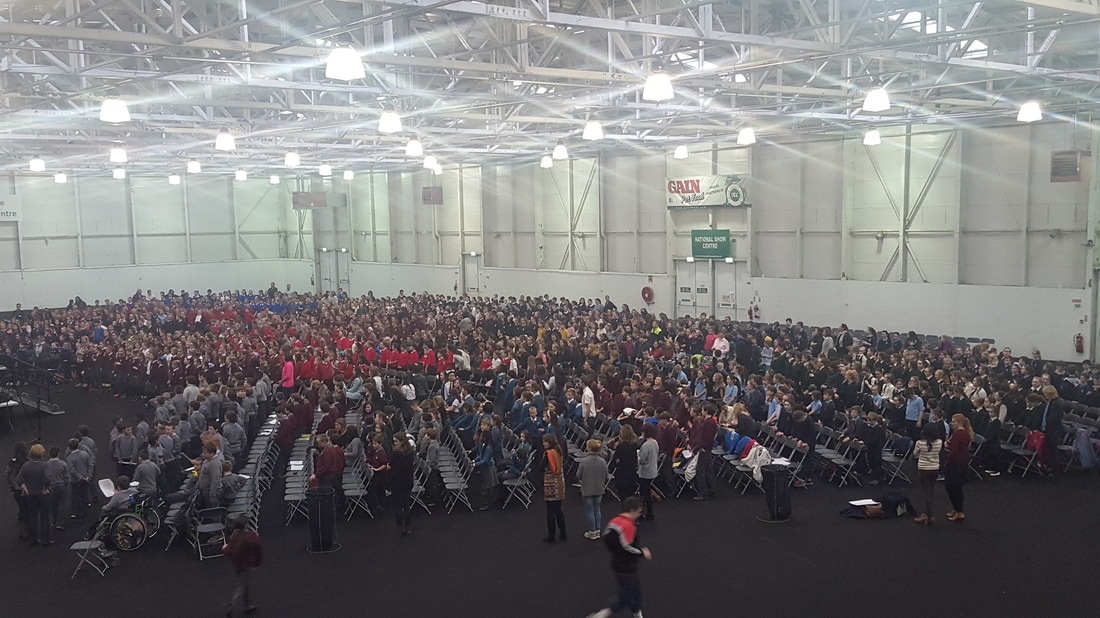